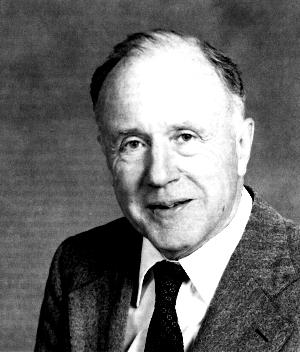 You could say why should one get into a new ﬁeld like that. I can remember coming back from the ﬁrst hydrogen bomb test in the Paciﬁc at Eniwetok on an airplane. And then I came to Honolulu, was there a few hours, and at that moment a tidal wave came—which had nothing to do with the hydrogen bomb, it had to do with the great earthquake in Kamchatka. But I thought how small the eﬀorts of man are. Even the biggest explosion that the United States ever made, which my group at Princeton did the design work for—working for and with Los Alamos—even that greatest explosion was a thousand times smaller in energy than the energy of a hurricane, a thousand times smaller than the energy of an earthquake. And then I could not help thinking of the big bang and the expansion of the universe so much larger, and as one ﬂies over the inﬁnite distances of the Paciﬁc ocean suspended between the heaven above and the ocean below, one feels he is somewhere in the space between the stars like man’s position in the universe, and one realizes what great mysteries surround us. One asks himself, how can I get at the heart of this mystery of the universe. And I’ve never seen a more central place to get at the heart of this mystery than gravitational collapse.

And ﬁnally one student got up his courage and he said: “Professor Einstein, when you are no longer living, what will happen to this house?” And Einstein gave a great big laugh, he threw up his hands and with his hearty voice he spoke with a childlike simplicity and smile on his face and bright eyes—and his choice of words was always so careful and so beautiful: “This house will never become a place of pilgrimage where the pilgrims come to look at the bones of the saint.”

As you indicated, Niels Bohr created one of the most inﬂuential schools of modern physics in Copenhagen. But it is well known that you have also educated many leading physicists both in nuclear physics and in general relativity in Princeton. What are your basic “rules of interaction” with students?

Isn’t there a mistake in your question? I am sure that it is really the students who educate me! We all know that the real reason universities have students is in order to educate the professors. But in order to be educated by one’s students one has to put good questions to them. One always tries out questions on one’s students. There will be some questions no student gets interested in, and if after a while no student gets interested in a certain question, then you know that question is not very good and you throw it away. But if there are questions that the students get interested in, then they start to tell you new things and keep you asking new questions, and pretty soon you have learned a good deal. One feels very happy when a student gets to feel, as one does himself, that the whole world of science is like a gigantic pie, and you can cut in the pie anywhere you wish, and take out a slice and eat it.

This site uses Akismet to reduce spam. Learn how your comment data is processed.